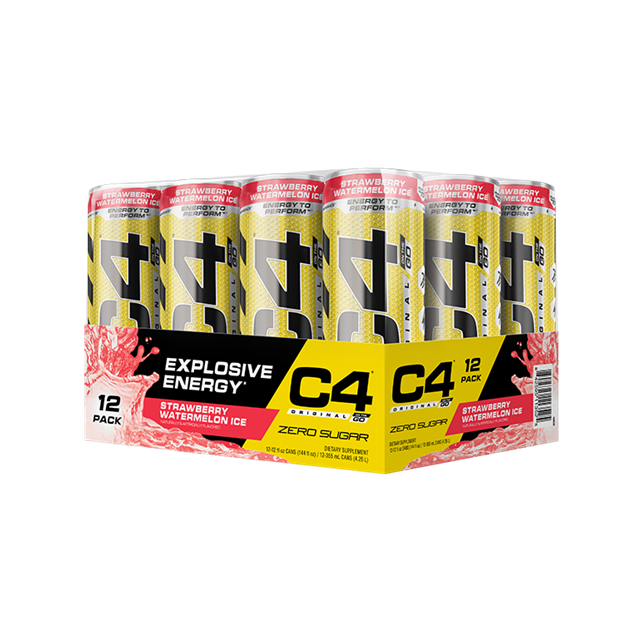 The original explosive pre-workout is now available in a delicious, sugar-free carbonated form! Featuring 200mg of caffeine. Carnosyn Beta-Alanine, and Citrulline Malate in every serving – Cellucor C4 Carbonated Original On The Go packs the legendary energy, endurance, and pumps that you know and love from C4! Don’t forget about that incredible C4 taste – with zero calories, zero carbs, and zero sugar!

BetaPower Betaine Anhydrous:
BetaPower® Natural Betaine is a high-purity anhydrous Betaine, derived from the molasses of sugar beets. Betaine is naturally found in many other foods such as vegetables, salmon, shrimp, and some grain products (does not contribute to shellfish allergies and gluten intolerances). Due to its chemical structure, it helps to maintain the cells electrolyte concentration and supports hydration.

N-Acetyl-L-Tyrosine: N-Acetyl-L-Tyrosine is a more soluble form of L-Tyrosine, which supports the production of noradrenaline and dopamine. This plays a role in supporting mental and cognitive health during stressful activities – such as physical training.