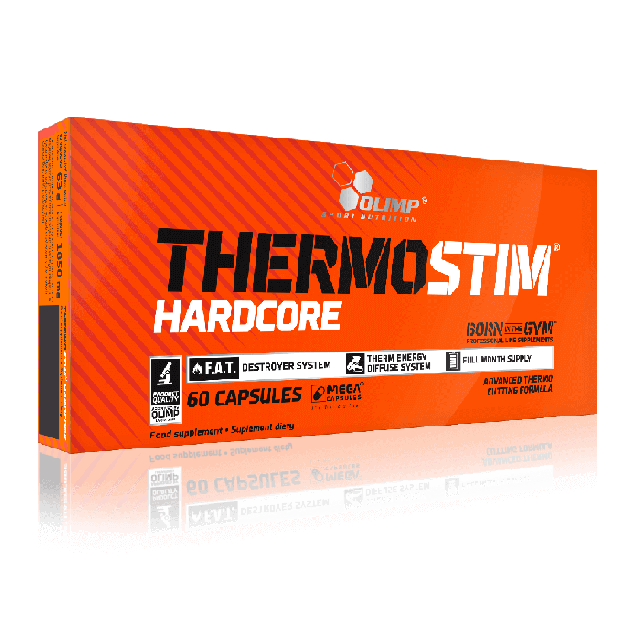 EVEN STRONGER, FASTER AND A LONGER LASTING EFFECT
The newest version of the well-known THERMOSTIM®. This hardcore version is even stronger, and it's effect is much faster and lasts much longer. It was optimized to meet the needs of those who are fully focused on their goal. Recommended, by the exclusive group of experts of the Olimp Team, for top athletes practising the most demanding endurance sports, strength sports, or martial arts.


Exactly for you, straight from the laboratories of Olimp Labs®.
Remember, the efficiency of products designed to help reduce fat tissue in the body relies heavily on their ability to increase the basic metabolic rate, and so to intensify the use of energetic products created during the lipolysis. Their most effective utilisation occurs mainly when the heat-producing mechanisms in the body are intensified (thermogenesis). These reactions form a closely interrelated system with the metabolic paths activating the initiation of the breakdown of fat tissue. That is why THERMOSTIM® Hardcore was designed to increase the efficiency of both these processes.


The highest quality of the product manufactured in pharmaceutical standards

THERMOSTIM® Hardcore ThermEnergy Diffuse System – precisely selected composition of active substances influencing the body's ability to effectively use the free fatty acids that appear in the bloodstream as a result of the effective breakdown of the fat tissue.
ginger extract standardized to contain 5% gingerols – research shows that active substances contained in the extract, the most valuable of which are gingerols, may increase the rate of metabolism by up to 20%, this is possibly a result of the improved utilisation of oxygen in muscle cells which means that free fatty acids can be used better as a source of energy. Additionally, ginger increases the feeling of fullness after a meal, leading to the reduction of caloric intake during the day, cayenne pepper extract standardized to contain 8% capsaicin – increases the amount of heat produced in the body, at the same time slowing down the rate of fat synthesis in fat cells (adipocytes), thus inhibiting their growth. raspberry extract standardized to contain 98% raspberry ketones which act as an initiator of the fat breakdown processes, inhibit the accumulation of free fatty acids in adipocytes, and intensify the expression of the adiponectin gene which – according to research – decreases the maturity of fat cells and increases energy expenditure related to the activity of uncoupling proteins (thermogenesis) black pepper extract standardized to contain 95% piperine. This highly energetic active substance intensifies thermogenesis and the oxidation of the products of the breakdown of the fat tissue, and increases the metabolic rate. At the same time, research shows that piperine may increase the level of serotonin and beta-endorphins in the brain.

THERMOSTIM® Hardcore F.A.T. Destroyer System – designed to allow the fastest possible process for the breakdown of fat tissue and to prolong its duration for as long as possible. This occurs as a result of the modification of the activity of catecholamines and second messengers in a fat cell. cocoa tree extract standardized to contain 24% theobromine – research shows that theobromine acts as a mild stimulant, inhibiting the degradation of one of the intracellular messengers, thus preventing the slowing down of lipolysis. At the same time, it is a mild diuretic helping the body to get rid of the excess of hypodermic water which allows the body to achieve a more defined and harder shape, SINETROL® – a patented extract from citrus fruits standardized to contain 60% of polyphenols, 10% of flavanones, having a well-documented clinical trial confirming its efficiency in reducing fat tissue. Substances contained in SINETROL® suppress the activity of phosphodiesterase in the fat cells, prolonging the time of the effective breakdown of fat and releasing free fatty acids and glicerol into the bloodstream, guarana extract standardized to contain 22% caffeine. This alkaloid acts as a stimulant, blocking the breakdown of the cyclical AMP in a cell, and as such it may prolong the activity of catecholamines, such as adrenaline. It accelerates the metabolism by increasing thermogenesis and caloric expenditure. Because caffeine contained in guarane is tied to cell elements, its release in the gastric tract is much slower, and the level of pure caffeine in the bloodstream is lower but lasts longer providing longer mental and physical stimulation, Caffeine in its pure, waterless, crystalline form is assimilated much faster, instantly crossing the blood-brain barrier, stimulating the central nervous system and quickly increasing the metabolic rate.

The main advantage of THERMOSTIM® Hardcore is that it was produced with the use of a standardized plant extract with precisely defined content of active substances. Because of this, their influence on the body is much more effective and predictable.

Safe ingredients which have been thoroughly studied with regard to the presence of microbiological contaminations, heavy metals, or substances that are considered forbidden in sport.

The composition was completed with effective anti-oxidants that protect tissue structures against free radicals produced in large amounts under heavy metabolic stress generated during above-average physical exercise and the intense processes of the breakdown of the fat tissue.

THERMOSTIM® Hardcore is a comprehensive, precisely designed product that supports your efforts aimed at the fastest fat loss possible and the acceleration of your progress during workouts. Only THERMOSTIM® Hardcore makes reaching even the most demanding goals such an inspiration.

ATTENTION! THERMOSTIM® Hardcore was produced using the highest standards for the production of pharmaceutical products. The ingredients are safe and have been thoroughly studied with regard to the presence of microbiological contaminations, heavy metals, or substances that are considered forbidden in sport.

MEGA CAPS®/MEGA CAPSULES® IS AN INDUSTRIAL PROPERTY OF OLIMP LABORATORIES COMPANY. WE WERE FIRST!


“MEGA CAPS” i “MEGA CAPSULES” are trademarks registered for the benefit of Olimp Laboratories  in the Patent Office of Poland, respectively from 2004 and 2006.  Additionally, the textual trademark “MEGA CAPS” has been subjected to international procedure in 26 countries all over the world and has so far been registered in 17 countries. Also the textual and figurative trademarks MEGA CAPS®/MEGA CAPSULES® have been subjected for registration in international procedure in many countries, also outside of Europe.

OLIMP MEGA CAPS®/MEGA CAPSULES®– THE FIRST, THE ORIGINAL, THE ONLY! 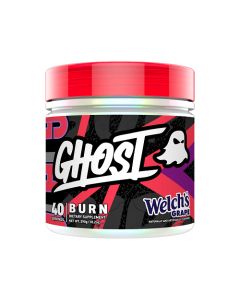 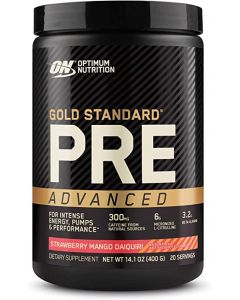 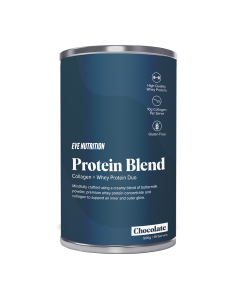 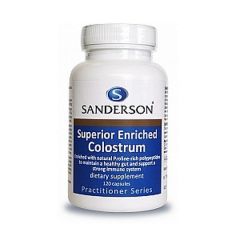 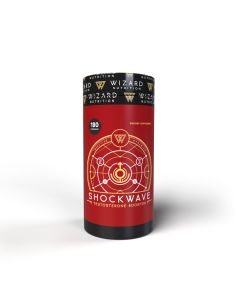 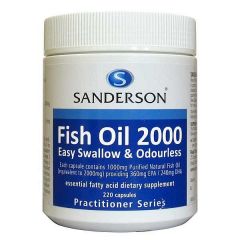 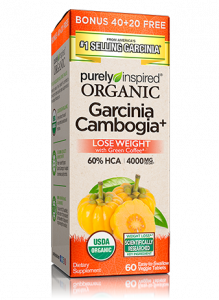 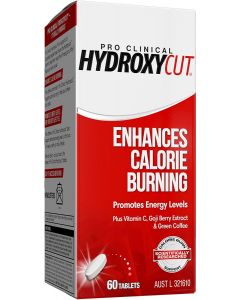 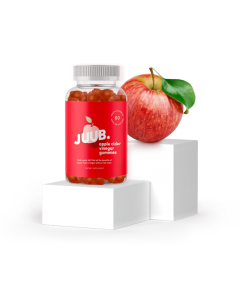